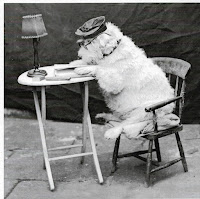 Hello Everybody and a very Happy Christmas to you all. 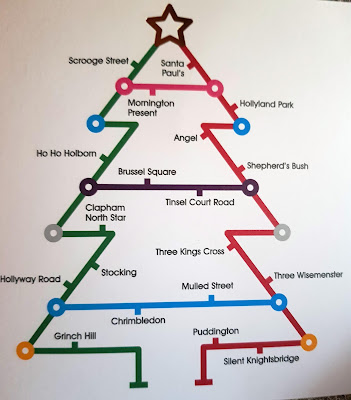 The  election is over and we can get on with our lives. The media and particularly the tv don't know it's done with and  we are all bored  witless with politics and posturing but they'll catch up sometime half way through 2020.
I hope your plans for the Festival are in hand and that you stay fit and well to enjoy it.
I'm a Christmas person -always have been-and even as the last hurrah approacheth I still get excited and a little emotional but I expect that's the sherry. Here's my favourite card so far

So Russia are up the top again. Why? I haven't mentioned  Ras (Putin) for a long while -so is it a continuing monitoring by the KGB or are there really 20 Tomskians interested in the ramblings of a sad old drunk. And Ukraine what's that about?
I have a feeling that the people who compile these figures are shoving any old rubbish in. I bet on a Friday afternoon once they are back from the pub they just decide to whack in any nonsense-which nobody challenges- and bugger off back to the boozer sharp at 5.30. 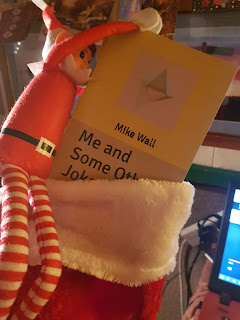 Well, that's what I would have done. It doesn't matter to me but if you were a business with a blog to assist your overseas sales you might worry that whilst you were spending your advertising budget in Germany the place you should be concentrating on is the Ukraine. 50,000 quid wasted all because some acne-ridden youth wanted to get down the Crab and Scrotum in Warren Street.
Anyway make what you will of the figures but none of the buggers have bought my book.

Later in the week we were joined  by  Roy and we visited the nearby Angler's Retreat. It was as wet an afternoon as Derbyshire can manage so a light lunch and a couple of beers (Roy's treat) went down very well. 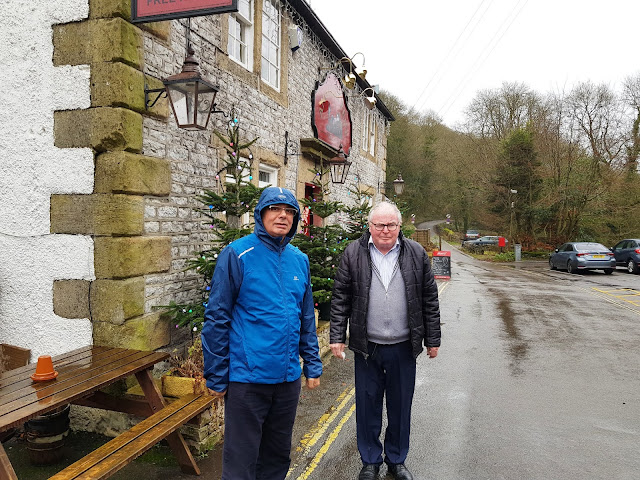 Roy and I went for a soggy ride to Ashbourne-a tidy town even in the rain and on the way back to Bakewell we stopped at a pub in the village of Winster. It was one of those "let's stop at the next pub we see" decisions and when we parked up we didn't think too much to it and certainly thought a Scotch Egg might be the best they had to offer.
Oh Boy! What a find! A cracking pub fullish of locals, good beer and a menu to satisfy anybody.https://theminersstandard.co.uk/

The Miners Standard is derived from a brass measuring dish presented to the lead miners in 1533 by Henry the 8th. It was known as the miners standard and it was this dish the barmaster (or senior official) of the mining field used to take measuring’s at the mines he visited.
The boom in mining from the late seventeenth century saw the Winster population rise to 2,000 by 1750 and turned the village into a prosperous town, one of the largest in the county. But flooding in the mines became a problem as the workings went deeper, and eventually it forced many of them to shut down. The last working mine here employed a large number of local men until it closed in 1938. 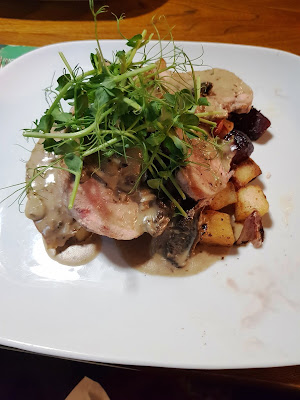 Roy and I both opted for a Chef's Special of pheasant breasts in a mushroom sauce. It was excellent and only cost just over a tenner. We vowed to return. I particularly liked the sign "Badly behaved children will be turned into pies"

Back at Litton and the Red Lion I discovered that the addition of a beer glass on the beermat gave the feathers  on the Welbeck Abbey a strange appearance. Or maybe it was just me. I drew the attention of some of the locals to this and none of them had noticed it but for the rest of the week they talked of little else. 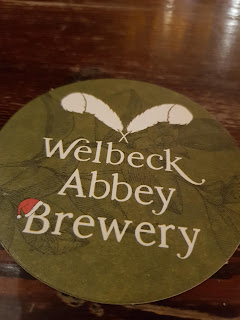 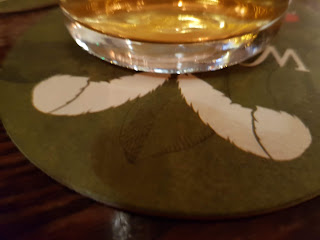 On the last evening Roy and I went for a curry in Bakewell but of course beforehand we went for a pint as Roy can't eat on an empty stomach. Before proceeding may I remind you of the following blog extract from December 2014. The following happened after I'd managed to lock myself out of my car (with the engine running) necessitating the attendance of the AA

I parked up outside my b & b in Bakewell.
And the fun was only just beginning.

After checking in and stowing my gear I went off shopping round Bakewell including an obligatory visit to The Wee Dram, a whisky shop of repute. After half an hours window drinking I blasted a hole in 80 quid and came away with enough anaesthetic to see me into February. Marvellous.
With other bits and pieces purchased I returned to the b & b to park my booty and head out for a well earned pint and dinner.
Uh Oh!
(3)The key to my room would not turn despite my best safecracking techniques  I had to seek the help of mine host(ess). After some more fiddling with the lock and some hilarity we gave up and whilst the locksmith was summoned I went off to get a spare toothbrush and toothpaste in case entry could not be effected and I had to sleep sans luggage in another room.
So in the course of 24 hours the keys had been left in the front door, I'd locked myself out of my own car and locked myself out of a bedroom in Bakewell.


After dinner and a couple of beers plus leeching onto a quiz team (2nd actually since you ask) I returned to base where I found the bedroom now accessible and retired, knackered; the day had been tiring but funny in parts.

Then the bed collapsed.
The lady of the house must have thought the lodger from hell had visited but another room was soon sorted and I went to sleep vowing to lose weight.
And stay away from locks.

So as we sat supping I was relating the above incident to Roy a group at the next table were also chatting away. When the lady who was sat with her back to me turned round it was the aforementioned b and b hostess, Janette. It was great to meet up with her-sadly no longer running what was an excellent b and b- but in good form.
Then to the restaurant (Rajas) where we were surprised to get the last table at 7.30! The grub explained why-very good.
As was the whole week.

We returned to Cow Roast and met Carrie (sans Mac) and Jane for dinner at the Half Moon Wilstone. Simple fare but good value and a fun time was had. Poor Mac couldn't attend as he was due a knee replacement at Glasgow Infirmary-which was postponed anyway because he'd bruised his leg on the hospital bed. 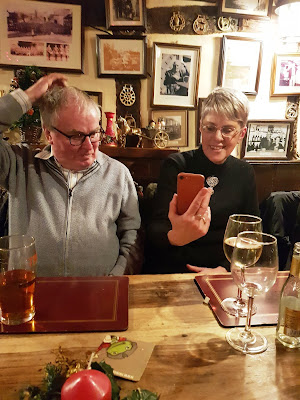 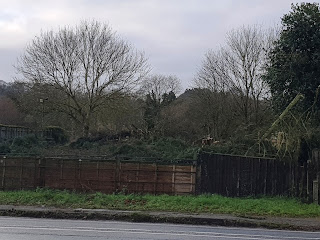 Talking of Cow Roast the work at the pub isn't exactly storming ahead but fairly major works have been undertaken in the garden but we don't know why.
The Lamb, however is up and running and generally well received. Except this very night they had no beer on which bodes ill for Christmas

Anyway our preparations for Christmas are proceeding apace and I'm looking forward to it with my usual enthusiasm.
I hope you are too. Have a good one. 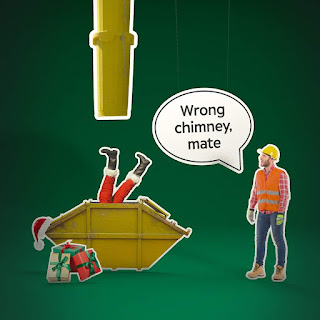 Great blog Mike! Always makes me smile widely! Have a Very Merry Christmas and all that you wish for in 2020. Perhaps one of these days we will actually meet! x

Excellent post!! Happy Christmas to you, Pam and everyone on the moorings. May 2020 bring everyone continued good health, joy and laughter in the company of loved ones, and cruising!